Armand de Brignac Gold Brut was the first cuvée to be added to the portfolio and is the flagship from Champagne House Cattier. Rich in the old world tradition of Champagne blending, it is a trio of vintages from some of the region's most lauded terroirs, resulting in a cuvée that expresses a vibrant and fresh fruit character with a soft texture.
During a New Year's celebration in Chigny-les-Roses, the Cattier family had the ambition to create the best prestige cuvée for the 21st century, while reflecting the rich tradition of winemaking in Champagne. Creating a century Champagne while upholding the rich tradition of winemaking in Champagne was the winemakers' mission here.
In this way, mastering the blending of vintages, terroirs and grape varieties is the essence of Armand de Brignac's philosophy.

Armand de Brignac is a prestige cuvee which was created in the house of Cattier for champagne connoisseurs and lovers of exclusive, great champagnes.
In the 1950s, Nelly Cattier, Jean-Jacques' mother, discovered a character called "M. De Brignac' in a novel she was reading. She thought the name noble and registered it to be used for a new wine in the future. It had long been forgotten, and in creating this new tête de cuvée from the house in the early 2000s, Jean-Jacques decided to pay tribute to his mother by adopting this particular name.

Today, this noble champagne is still produced by Mr. Cattier and his son Alexandre themselves.
The family has been established in Champagne since 1763 and has been winemakers in the Chigyny les Roses region, one of the most exclusive regions of Champagne, for many generations. 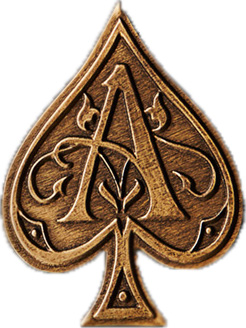 In this Cuvee different vintages find an ideal combination, the production can be compared with an operetta... a single violin sounds very good, but the completion of the piece of music succeeds only with the other Istrumenten as a whole orchestra.
The individuality required in each vintage is due to the high demands placed on each stage of production. Thus, even today, a very small team of 18 selected employees forms the cornerstone of the traditional, artisanal winemaking for the production of this unique Cuvee. All vines are Grand Cru as well as Premier Cru certified.
The champagnes are created in a symbiosis of Pinot Noir, Chardonnay and Pinot Meunier and mature in the deep cellars of Cattier for Armand de Brignac. These are one of the deepest in Champagne and as a result are very stable in temperature and colder than other storage cellars. The low temperature is ideal for a slow and gentle maturation of the champagne.
Produced in the hand-turned remuage, this champagne finds its finesse in the dosage, which consists of liqueurs made from table wines of Champagne (exclusively Chardonnays) and matured for 9 months in wooden barrels. This is a unique production method which is used in the house Cattier. This is also the reason for the unique character.
Final this champagne also finds its individual elegance in its packaging -  each bottle of Armand de Brignac is wrapped in metal, finished with the hand application of French pewter labels and polished. Only 20 bottles can be finished per person per hour at the winery, so no two bottles are the same. The wooden case lined with velvet and covered in piano lacquer will delight all lovers of aesthetics.
Armand de Brignac has the most extensive collection of large-format bottles of any prestige champagne house, from the 1.5-liter magnum to the extremely rare and made-to-order 30-liter Midas.