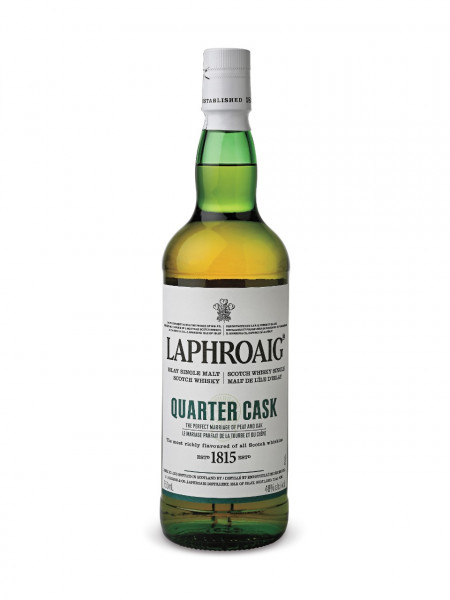 This product is currently not available.
Please inform me as soon as the product is available again.
Content: 0.7 l

In the 19th century, Scotch whisky was often transported across the Glens in quarter casks that fit on a packhorse. When progress sounded its death knell, it also banished the greatest intensity of maturation produced by the smaller container - offering up to 30% more contact between the oak and the liquid. 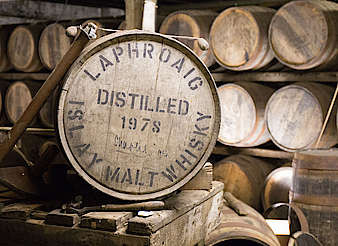 Today, Laphroaig is breathing new life into the tradition. The still maturing whisky from their standard ex-bourbon casks is transferred to quarter casks and left to rest in their warehouse, just a stone's throw from the Atlantic shore. This increased oak contact creates a soft and velvety edge that complements Laphroaig's characteristic peatiness. The finish is long and alternates between this sweetness and smoke.